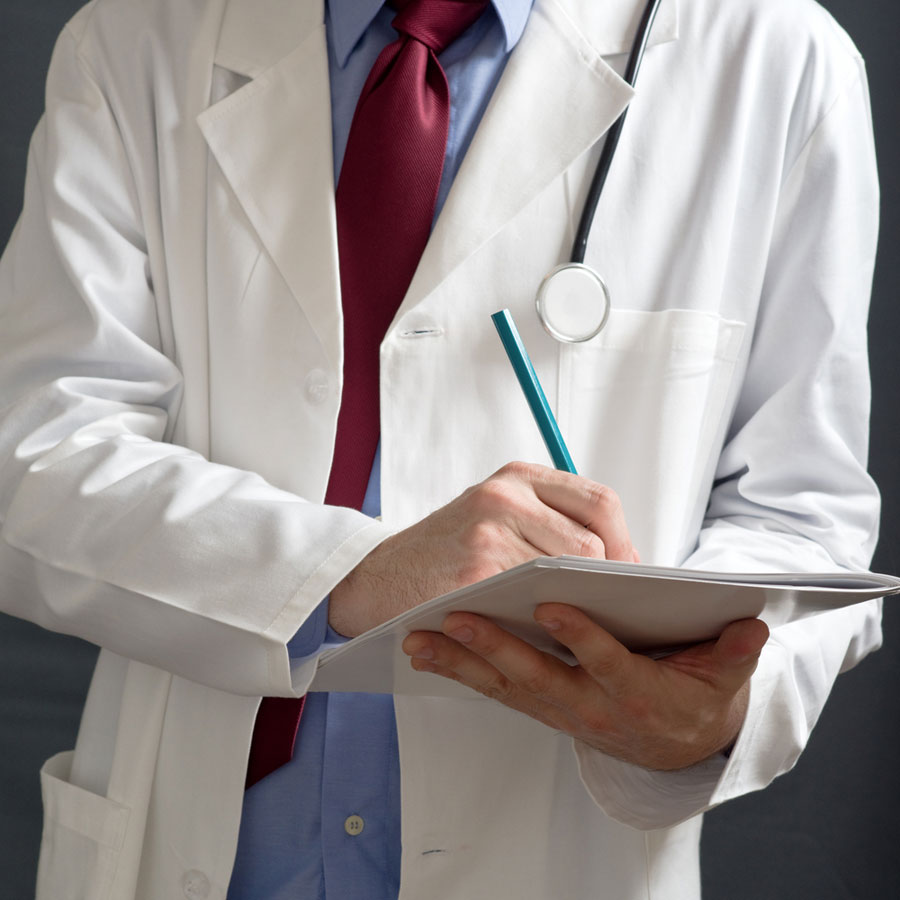 As a Harvard trained Psychiatrist and Addiction Medicine Specialist, Dr. Kittay is an expert in treating addictions complicated by co-occurring psychiatric disorders.

People with prescription opioid pill and heroin addictions commonly have a psychiatric illness, and self-medicate psychiatric symptoms and emotional pain with opioids.

Depression is common and serious medical illness that affects the way you think, how you act and how you feel. It is more than feeling sad or down or feeling sad.

People are diagnosed with depression if they experience feelings of overwhelming sadness or marked loss of interest or pleasure in activities that lasts at least 2 weeks. Other symptoms include:

Some people suffering from depression use drugs and alcohol to treat their depression, but this never works. Substances do not cure problems, they create them.

Anxiety Disorders are the most common form of psychiatric disorders and affect about 40 million American adults age 18 years and older.

It’s normal to feel anxious from time to time, especially if your life is stressful. However, excessive persistent anxiety and worry that are hard to control and that hinder routine activities may be a sign of Generalized Anxiety Disorder. 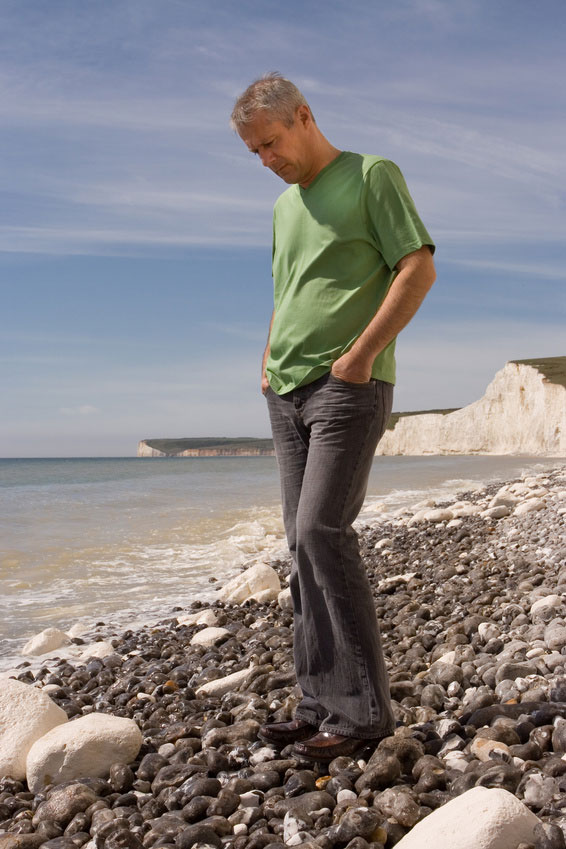 Generalized anxiety disorder symptoms may include:

Anxiety attacks have many of the symptoms of Generalized Anxiety Disorder. However, they are usually the result of an identifiable trigger or stress such as starting a new job or being in an uncomfortable situation. While very distressing, occasional anxiety attacks are not enough to make a diagnosis of an anxiety disorder.

Taking substances may provide a reprieve from symptoms associated with anxiety, but the relief is temporary. In the long run, drugs and alcohol are not effective ways to cope with anxiety.

Panic disorder is a real illness and is characterized by Panic Attacks that are different from anxiety attacks. Panic attacks are not a response to an uncomfortable situation or stress. They come on without warning, peak quickly and stop after a short time. No one can predict where or when an attack will happen, and between attacks many worry intensely and fear the next episode.

People having panic attacks often believe they are losing their minds, having heart attacks, about to death, and often go to the emergency room for help.

People with Panic Attacks have:

A diagnosis of OCD requires the presence of intrusive and obsessive thoughts that are associated with focused-repetitive rituals and behaviors that are time-consuming (at least one hour a day), cause major distress or anxiety, and impairs important functions such as work.

Obsessions are recurrent and persistent thoughts, images, or impulses that cause disturbing emotions such as disgust or anger if not acted upon. Many people with OCD recognize that the images, thoughts and impulses are a product of their mind and are unreasonable and excessive. Yet these intrusive thoughts cannot be settled by reason or logic. Most people with OCD try to ignore or suppress such obsessions or offset them with some other actions or thoughts. Typical obsessions include excessive concerns about harm or contamination, the need for symmetry or exactness, or forbidden religious or sexual thoughts.

Compulsions are repetitive behaviors, rituals or mental acts that a person feels compelled to do in response to or to satisfy an obsession. The behaviors are aimed at reducing distress, preventing a feared situation. In the most severe cases, a constant repetition of rituals, for example eating or showering may fill the day, making a normal routine impossible. Compounding the suffering these rituals is realizing that the compulsions are irrational. Although the compulsion may bring some relief to the worry, the obsession returns and the cycle repeats again and again.

Some examples of compulsions: 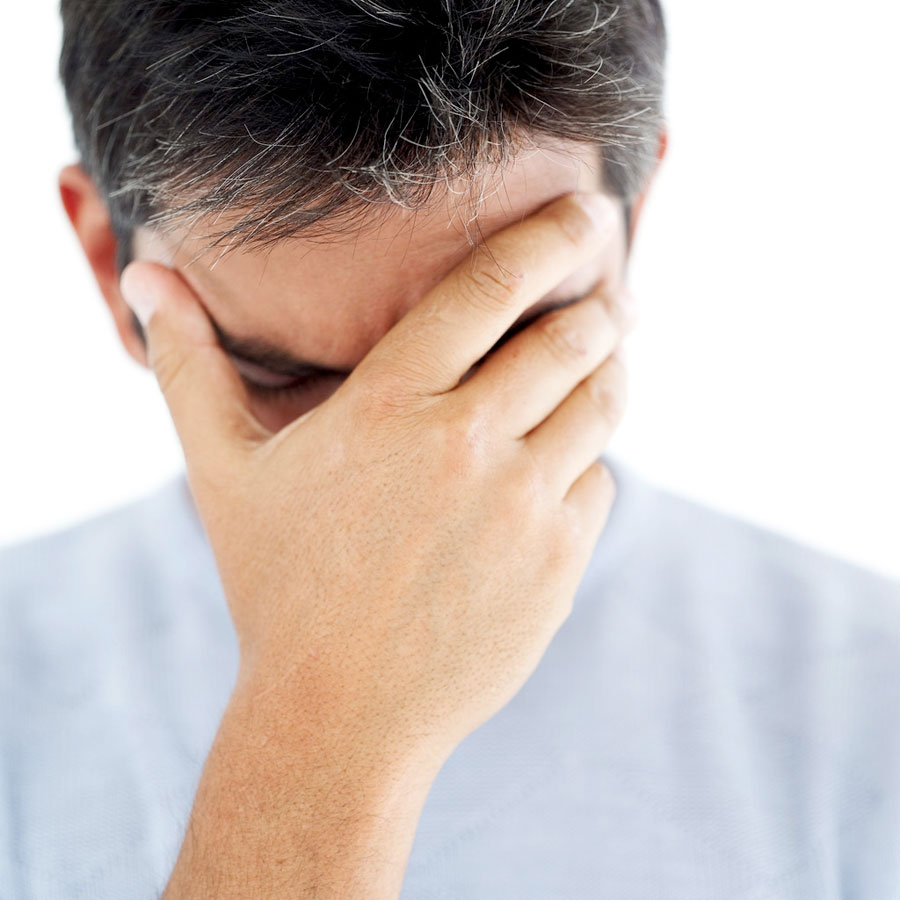 Post-traumatic stress disorder (PTSD) develops after a terrifying ordeal involving physical harm or the threat of physical harm. The person who develops PTSD may have been the one harmed or witnessed a loved one being harmed.

PTSD was first brought to public attention in relation to war veterans, but it can result from a variety of traumatic incidents, such as:

PTSD affects about 7.7 million American adults, but it can occur at any age, including childhood. Women are more likely to develop PTSD than men, and there is some evidence that susceptibility to the disorder may run in families. PTSD is often accompanied by depression, substance abuse, or one or more of the other anxiety disorders.

Adult Attention Deficit Disorder – ADHD is a real disease that is caused by observable changes in the brain. 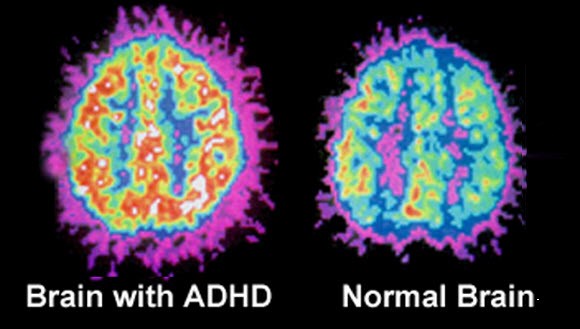 The image on the right shows differences between an adult with ADHD (left) and a non-ADHD brain (right). Notice the areas with different shapes and colors in the scans.

Adults with un-diagnosed or untreated ADHD have a history of failure at school, on-going problems at work, or difficult or failed relationships. Many have had frequent traffic accidents. Adults with ADHD may seem restless and may try to do several things at once, most of them unsuccessfully.

They also tend to prefer “quick fixes,” instead of taking the steps needed to achieve greater rewards. They may feel that it is impossible to get organized, remember and keep appointments or stick to a job. Daily tasks such as getting up in the morning, preparing to leave the house for work, arriving at work on time, and being productive on the job can be very difficult. 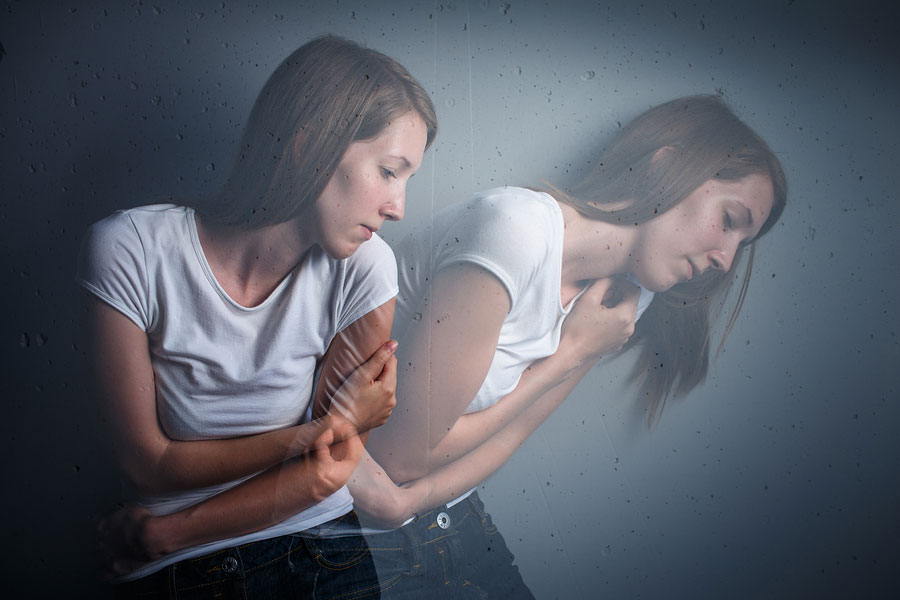 Bipolar Disorder also called Manic Depressive Disorder is a brain disease that causes dramatic and unexpected shifts in mood. Manic moods can be intense and euphoric, while depressive moods are sad and despairing – “Depressive”. Bipolar mood swings are not the frequent ups and downs of daily life that people often confuse with bipolar.

Unlike the mood changes that result from stress, anger or inability to cope with specific situations, bipolar moods swings called mood episodes are dramatic and people cycle from high to low that last days, weeks or months. Everyone has mood changes, but these are different than bipolar mood episodes.

Some non-bipolar people have a severe mood pattern of excessive irritability, ultra-short fuse and anger that is linked to extreme “mood lability”. Their mood changes go from sad to happy and back again very quickly and multiple times a day.

People often confuse daily non- polar mood swings with bipolar mood episodes. It is often hard for trained psychiatrists to distinguish the two. Bipolar Disorder is one of the most misdiagnosed psychiatric disorders.

How Is Bipolar Disorder Diagnosed and Treated?

Bipolar Disorder is difficult to diagnose because most of the time people are in a depressive phase. Usually people with bipolar disorder seek help when they are in the depressive phase. The diagnosis is often missed because episodes of mania are infrequent and last only days. The depressive episodes are more common and last much longer up to 90% of the time of the illness. People rarely seek help during the feel good manic phase. They are misdiagnoses as regular depression. Many people suffer for years because they are not are appropriately diagnosed.